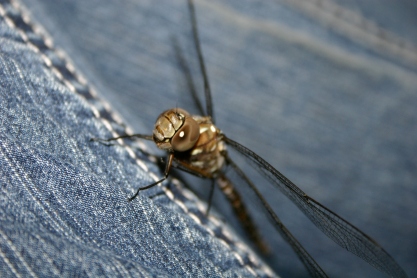 Effects of oxygen on animal physiology, development and evolution

My main research interest is how varying amounts of atmospheric oxygen over geologic time influenced the physiology, development, and evolution of animals. This research combines modern rearing studies with an in depth look at the paleontological record over times of hypothesized changes in atmospheric oxygen levels.  One of the major paleontological events was the evolution of giant insects such as dragonflies with 3 foot wingspans and 6 foot long millipedes.  To study this question, we have reared a variety of modern insects in the lab under varying oxygen concentrations including dragonflies, cockroaches, moths, beetles, and fruit flies. This data is then used to analyze body size patterns in the fossil record of related animals such as Protodonata, Paleodictyoptera, and Blattodea.

In another combination of paleontology and modern physiology, we have utilized phase contrast x-ray imaging at Argonne National Labs along with fluorescent confocal microscopy to image the tracheal systems of both modern insects reared under varying oxygen levels and insects preserved in fossilized amber. We have shown an inverse relationship between rearing oxygen and tracheal volumes in several groups of insects, including Zophobas morio  – the giant mealworm (pictured to the right) and Blatella germanica. We have recently begun using 3D tomography to image and measure the volume of the tracheal systems of insects in fossilized amber leading to a potential proxy for paleo-oxygen levels.  We have also successfully imaged the entire tracheolar network of Drosophila flight muscle along with the mitochondrial network using YFP-marked mutants.

Elucidating the role of Rhipicephalus sanguineus

Rhipicephalus sanguineus (the brown dog tick) has become of recent interest to veterinary and public health in the state of Arizona due to its emerging implications as a vector for the rickettsial disease, Rocky Mountain Spotted Fever.  We are testing three possible hypotheses for why R. sanguineous is able to act as a vector for RMSF in Arizona.

We have carried out a series of surveys of the insect fossil record over times of hypothesized oxygen change, in collaboration with the Field Museum, Smithsonian Museum, American Museum of Natural History, Peabody Museum, and the Harvard Museum of Comparative Zoology. This work has focused on measuring body size and wing size in our three main groups of interest.  Through this work, we have demonstrated a strong correlation between atmospheric oxygen levels and both maximum and average insect body size.  have organized and led several expeditions to the southwestern United States for the collecting of vertebrate fossils.  Our main field site was in Grand Staircase Escalante National Park in Utah, but also include Arizona, New Mexico, and other parts of Utah, such as Fry Canyon.  The most significant find has been the excavating of a Poposaur, an early relative of T-rex
.